He Did it Again

My soldier husband got a wonderful award for all his hard work this deployment. He never fails to amaze me with his casual conversation on chat that he isn't doing much just his job. Then he casually drops in that he is receiving an award. I have him send me a link to see & found out it is the third highest award for a non-combat job during a deployment. My man ROCKS!! He has worked hard for the last 21 years of hs Army career and deserves every award he has received. Anyone who begs to differ need only look at his record. Last time I checked your superiors don't just hand out the type of awards & NCOER's this man has in his file. Yes I am bragging, but I am proud of my man & the career he has that provides for our family. Love him & am super excited that we are 96.45% DONE with deployment number 4!! 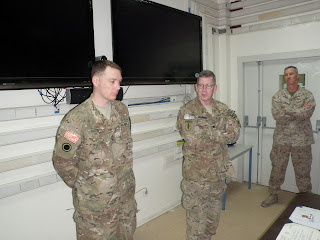 He looks so sad here it bummed me out. I hate missing his award ceremony this is only the second one ever I have missed. 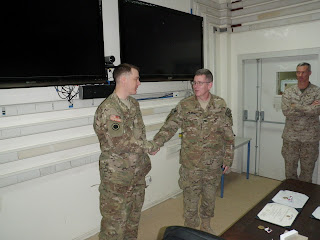 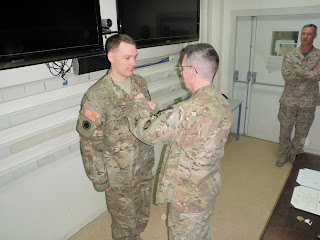 Pinning on is Defense Meritorious Service Medal in Afghanistan
The Defense Meritorious Service Medal (DMSM) is the third-highest award bestowed upon members of the United States military by the United States Department of Defense. The medal is awarded in the name of the Secretary of Defense to members of the Armed Forces who, while serving in a joint activity, distinguish themselves by non-combat outstanding achievement or meritorious service, but not of a degree to warrant award of the Defense Superior Service Medal. 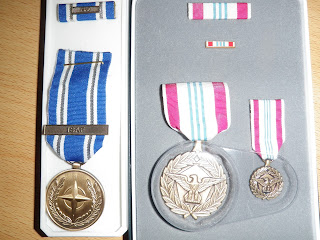 P.S.
This has been his only non-combat deployment- a totally new world to us both.
Posted by Amanda at 2:12 PM

That's awesome! Congratulations to him!!