Jeremy, Banyan, & I made our way to the Seattle airport at 5:00AM last Friday morning. It was wet & cold fit our mood perfectly. We got there early in case we had any issues with getting Banyan on the plane. Thankfully he charmed them all and we flew right through security. We ended up having over an hour to wait on our plane. We boarded early and he laid down to snooze. 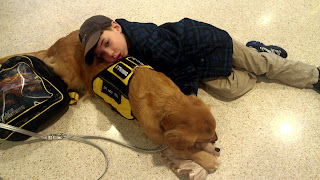 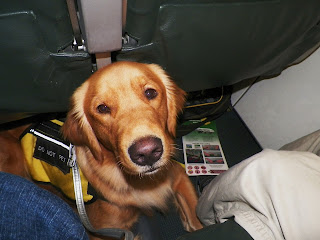 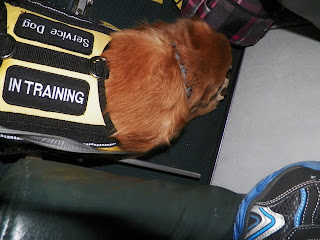 We flew for the whole two hours in quiet as Banyan slept. We had a really nice gentlemen sitting next to us who fell in love with Jeremy & Banyan. He bought Jeremy the free TV channels so  he could watch cartoons the whole trip. Once we landed and taxied to the gate Jeremy let Banyan get up. Once everyone around realized there had been a dog on board we received all kinds of great responses. Most where shocked & never knew he was there- YAY!

Then we headed to Loveland, CO to visit for the night & next day with Jeremy's cousins, aunts, & Grammy. We had fun catching up as it had been about two years since we had seen any of them. On Saturday we went to a football game & the pumpkin patch. Two first's for Banyan. He did great at both & loved the hayride at the pumpkin patch 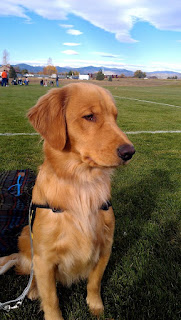 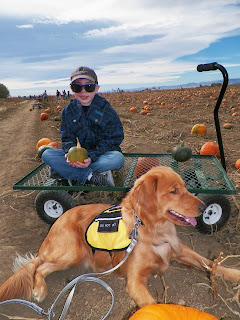 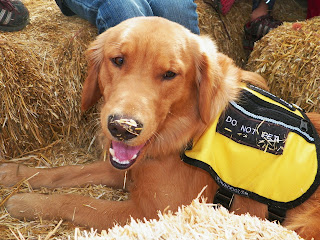 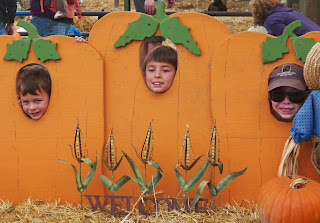 We headed home to play after the pumpkin patch in the wonderful 70 degree sunshine. 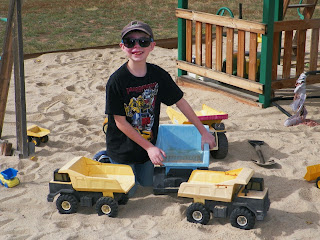 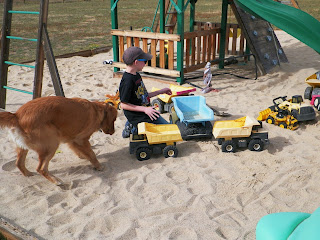 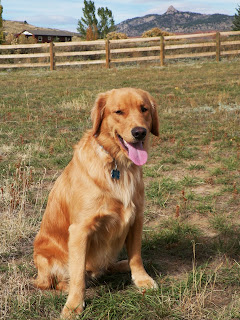 Soon is it was Sunday & time to leave to head to meet Tina from Noelle's Dogs Four Hope.
I was a nervous mess about leaving Banyan & I'm sure he knew. We went to the hotel first to avoid the inevitable handing off of our boy. Banyan & Jeremy loved the hotel a lot! 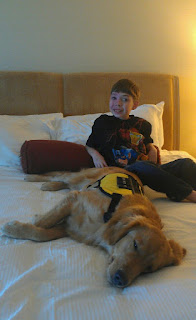 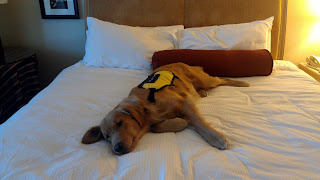 After we where all checked in we headed to Colorado Springs to meet Tina's whole family . They where so nice and my how the house was full of dogs! All types from Newfoundlands to Goldens. Soon we had more families over who where puppy raisers as well as families in waiting for dogs. It was nice to finally put some faces to the Facebook profiles. Everyone was so nice to Jeremy & I , we enjoyed the evening . Before I knew it , it was time to hand Banyan off to Tina & Noelle. 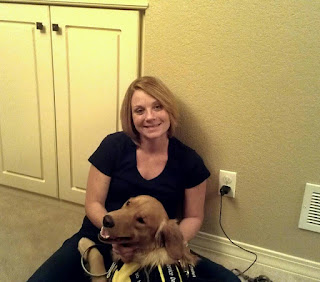 I spent the last thirty minutes hiding out with him & Jeremy in the play room. Getting all my snuggles  & puppy kisses. I knew it was not going to be easy but I did not expect the snotty, heaving sobs that came as I ran for the door. I felt so bad not being able to say goodbye to all the adults left, but I knew it just wasn't possible. This crazy cute cuddly pup had been in my life for ten short months , really what was my problem? The problem is he went everywhere with me almost seven days a week. Only one night spent away from a member of the family in the whole ten  months. I knew he had a hard road ahead with a few kinks to work out that only a real trainer could handle. But it made me so sad to leave him while he smiled back with no clue what was about to happen. It didn't help that Jeremy was crying at that point- we where both a hot mess! We both cried all the way to the McDonalds drive through where Jeremy was slightly consoled with a chocolate milkshake.

That night we where both very restless as Jeremy had caught a nasty chest cough. I woke up with only four hours of broken sleep. We headed out to get Jeremy some pancakes then head to the airport. Our first airplane adventure was coming to a close. The only thing missing was our pup. Thankfully Tina had already been in contact to let us know he was doing okay & starting to figure things out.

Jeremy & I both still have a few moments of tears when we think of him or talk about Banyan. But we both try to laugh and talk about all the silly things he does instead. I know eventually he'll be back in our home & ready to head to school full time with Jeremy. But until he is , he will missed terribly everyday. 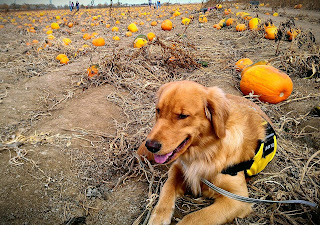 I'm sorry that was so hard. He is an amazing animal and that's a huge compliment since you know I am not an animal person. You are going to look funny without him tagging along. I don't think I've seen you once without him.

I hope Jeremy adjusts okay, it has to be hard for him.

Hope to see you soon~
Lisa