My love, my friend, &  my hero arrived a little earlier then expected yesterday. I was at the gym doing my work out when I got a call on my cell.The caller ID said Texas & I knew exactly who was on the other end! He said he flew all night & caught an earlier flight so he would be in a whole day sooner then expected. I should have anticipated this but after years of the Army never getting me my soldier home on time I was not prepared. I raced out of the gym as fast as I could. Only to discover while driving home I had left my towel & water bottle at the gym by the weights-haha. But I need to shower, shave, & clean the rest of the house so I could be out the door in four hours to head to the airport. Thankfully I had started the cleaning process before I left for the gym that morning. I got myself all ready & laid out on the kitchen table a surprise early Valentines for my boys. The older boys knew their dad was arriving sometime soon, but the little guys had no idea. 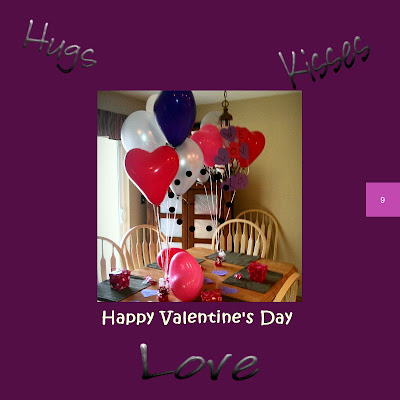 I left their goodies out for them with strict instructions for the older two to not touch anything until their brothers arrived home from school. All left in a note they where to dispose of as soon as they read it they learned their dad would be home in a matter of hours not days!
Now that all was ready I could barely stand to wait any longer so decided to leave early for the airport. 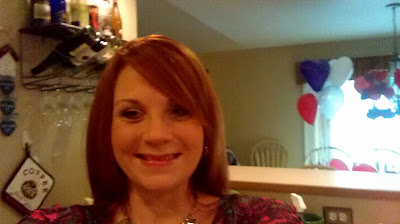 I was leaving about thirty minutes early & when I arrived at the airport I was so glad I had gotten there early. His flight made good time & he would be arriving about 20 minutes earlier then we thought. I raced to the gate & waited for about forty minutes. I played angry birds on my phone which I stink at so bad! Then I looked up & it was time! 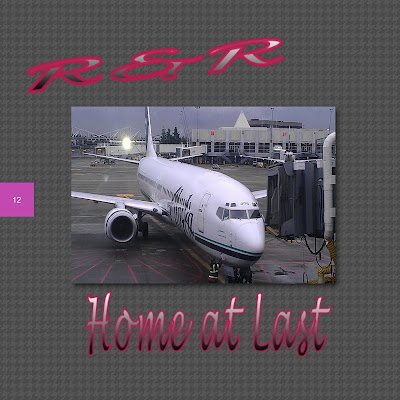 I was so excited & could barely stand to watch all the other passengers as well as soldiers come off the plane. FINALLY he walked out & I was so surprised at how much weight he had lost. I knew from our conversations he had said he lost 30 pounds but I wasn't able ot picture it in my mind I guess. He looked thin but good, so GOOD!! Of course we kissed  & hugged & I snapped a quick picture to share. 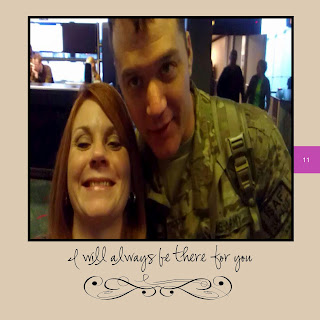 I wish we could take people with us because I would bring a friend to snap better pictures but this will have to do for now. he was tired but so happy to be home. We headed to Baggage claim where he had not checked any luggage so off we went to drive home. We chatted all the way home & stopped to grab pizzas for dinner. I phoned our oldest to let him know we would be home soon. he said the two little guys still had no idea dad was about to walk through the front door any moment!
Short little video of his welcome home. We where all so excited & just plain thrilled to have normal again for the next 16 days. I hope everyone else has just as good of a Valentines Day as our family.
Posted by Amanda at 7:03 AM

Yay!!!!! Welcome home Paul from all the Curralls!

Awwww, how wonderful to get him home early, and the kids were so excited. I may have got a few tears in my eyes (I'm emotional like that).