I was quiet leading up to Memorial Day & on the day itself. I had every intention of blogging last night but was so overwhelmed from the day I wasn't sure I could. Memorial Day means so many different things to so many of my friends. For me personally it means trying to honor those we loved & lost. I decided to help organize the http://www.wearblueruntoremember.org/index.html walk again in our hometown this year. I hoped,  prayed it would go over well and we might double our miles pledged in honor of the 6,687 military men & women who made the ultimate sacrifice since the global war on terror began in 2001. I had no way of knowing exactly how large & meaningful this walk would be once again.
Last year I barely made it through the calling of the names. This year we shared all of the 43 names with the other walkers to read aloud. As I looked around the circle of remembrance to hear the names called the look of sadness or smiles was very breath taking. Each person called a name, all 43 men & women were even if for a brief moment remembered. That is what Memorial Day is about. It's not about bar-b-ques and four day weekends. Those are a nice bonus,but it should be about taking time to make sure the families of our fallen heroes know their loved ones will never be forgotten. With the help of two good friends I was able to make that happen I hope for the three Goldstar families in attendance. Yelm Pledged 426+ miles, compared to the 196 last year I was so excited! The weather kept a few away as it was rainy & cold. But we had 65+ people show up despite the weather and run or walk those miles pledged. Some even did a couple extra miles. As I ran my miles some with my husband & some by myself I was proud at that moment. Proud of this community I live in coming together over one ladies Facebook event to honor these brave heroes. I laughed, I cried, I smiled , I ran to remember yesterday. It was a great day and worth all the hours of work. Yes I think I will be doing this again next year, because I can still run when 6,687 fallen can't. 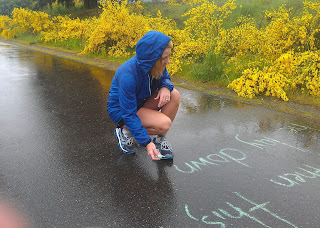 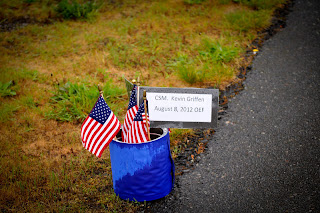 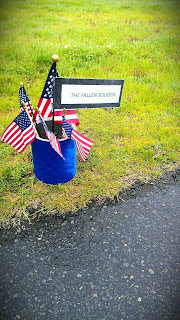 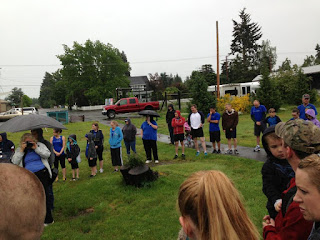 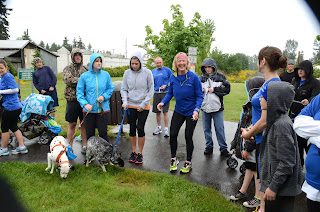 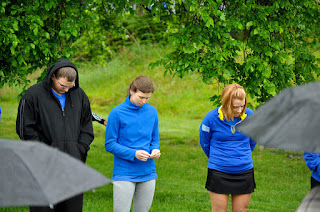 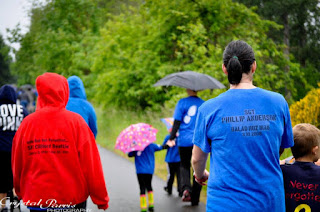 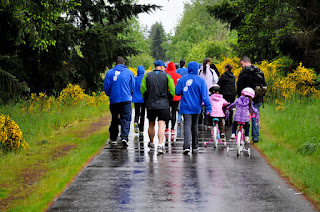 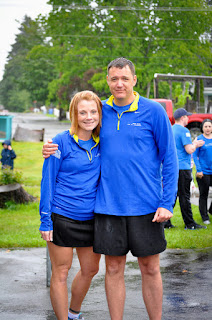 My amazing soldier who supported me during all the crazy getting ready for the event. 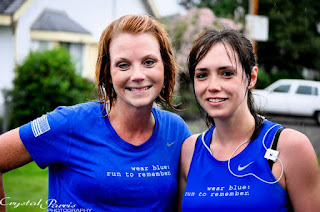 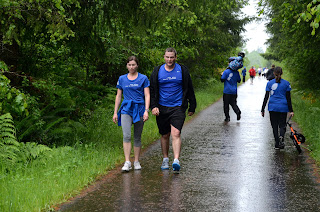 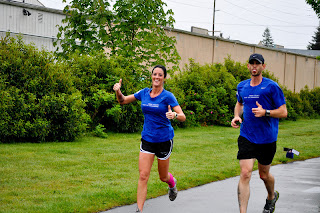 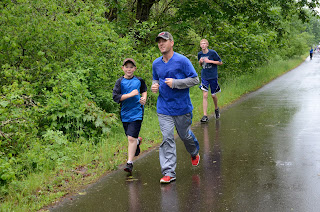 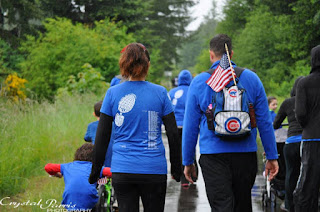 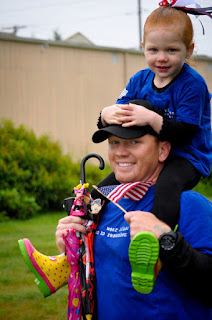 They had one here at Fort Bliss but I found out about it too late. Such a wonderful experience I'm sure.